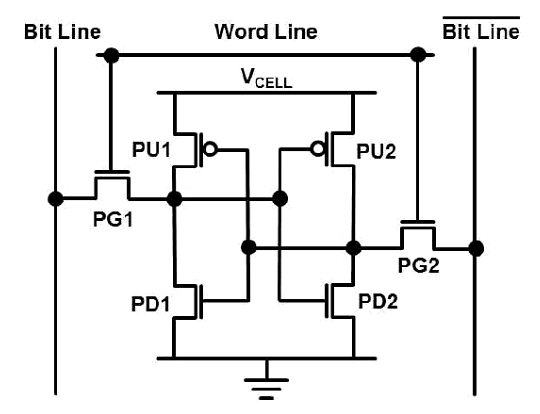 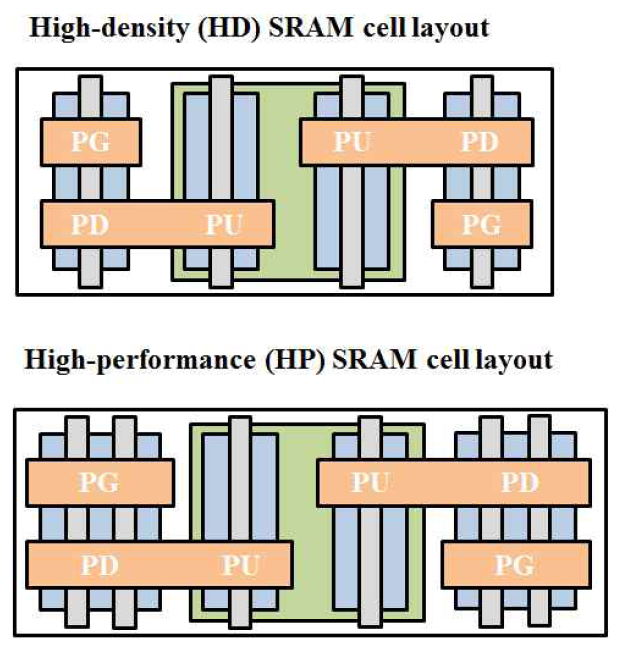 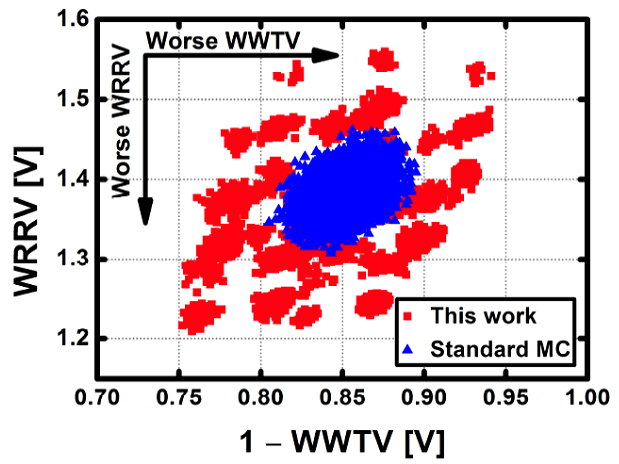 As semiconductor devices are being scaled down, random variation becomes a critical issue, expecially in the case of static random access memory (SRAM). Unlike systematic variation, random variation is unpredictable because of its random nature. Since process-induced random variation causes significant performance mismatch of the SRAM devices, it should be controlled in order to enhance the SRAM yield.

The most widely used method for statistical analysis of SRAM yield is standard Monte Carlo simulation. However, it soncumes a considerable amount of time to quantitatively estimate rare failure events in SRAM bit cells, because it requires an extremly large smaple size. Thus, there is an urgent need for new statistical methodologies to analyze the impact of random variations on the SRAM.